by Nelson Of The East 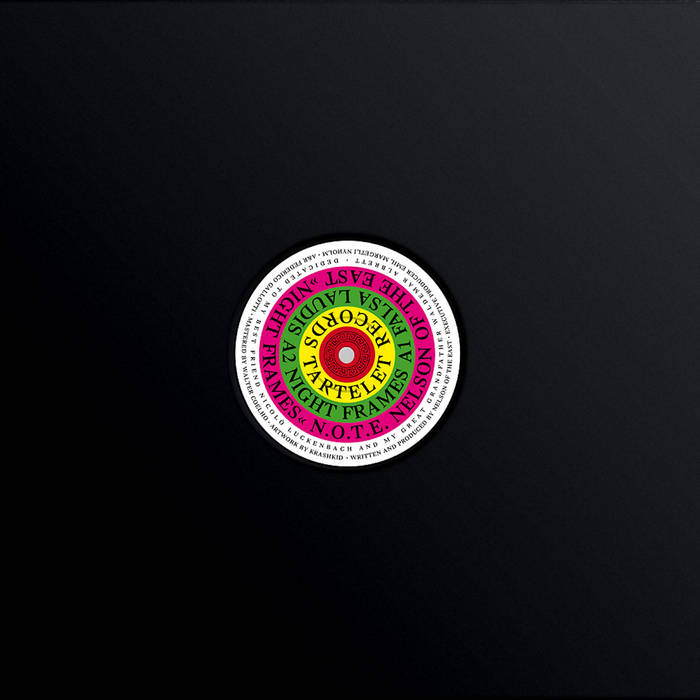 Sitting in the sun as I write & these are the perfect beats to go with😎. Been looking foreword to hearing the whole thing and you have not disappointed.

Next up in Tartelet’s limited-edition series is renaissance man N.O.T.E. with “Night Frames” – a compilation of barrel-aged sounds for the warm nights ahead.

N.O.T.E. is a new project by an already established artist who might be of Swiss or Italian origin, depending on who’s asking. A seasoned sailor of musical waters, he enjoys jazz piano, fine wine and silk linens. Though none of that matters.

The first release under his new name could be described as a mini concept album where different routes are explored, bringing N.O.T.E.’s musical diversity and capabilities to light. Starting with “Falsa Laudis,” N.O.T.E. takes the listener back to the 80s with clear references to Italian boogie and jazz-funk of that era. The track is warm, fat and sparkly, and best enjoyed with a cocktail in hand. Following this is the title track “Night Frames” – a bruk-jazz escapade not shy of elaborate Rhodes solos and filthy funk.

This is an ultra limited-edition release of 250 copies (strictly no repress!), written and produced by N.O.T.E. and mixed at Panalama Studios in Copenhagen on the Neve 5088 Shelford console for good measure.

Nelson Of The East Italy

Bandcamp Daily  your guide to the world of Bandcamp

Cannibal Corpse's George "Corpsegrinder" Fisher stops by for an interview